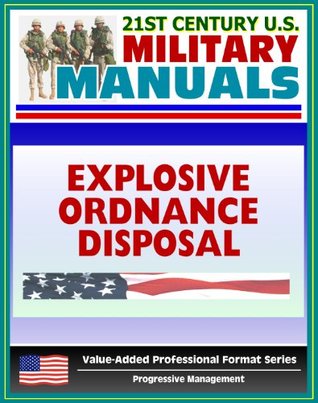 In the preface, it states:

"This FM prescribes EOD doctrine for conducting EOD operations during war and OOTW. It develops and defines the EOD perspective on the Army's keystone warfighting doctrine described in FM 100-5. This manual identifies the EOD mission, organization, roles, capabilities, and employment to support national security strategy. It serves as a guide for commanders and staff who will use EOD support for operations on conventional, chemical, nuclear, and improvised explosive ordnance. It also provides the EOD unit commander, staff, and personnel general and technical guidance for conducting EOD unit operations. FM 9-15 discusses several doctrinal changes: the implementation of the heavy and light EOD response team concept, the effect on EOD of the removal of the Army's tactical nuclear weapons from its inventories, and the role of Army EOD in the postnuclear Army."

The explosive ordnance disposal challenge is described this way:

"EOD service helps preserve the commander's combat power. It enables the commander to integrate and coordinate a variety of functions to prevent degeneration of combat power at the operational and tactical levels. The challenge for EOD is to help maintain the maneuver, firepower, sustainment, and protection functions across the full range of Army operations. THE THREAT - The strategic environment, even after the Cold War, is both dangerous and ambiguous. Increased instability in the world has resulted in regional conflicts, civil wars, insurgences, terrorist attacks, drug trafficking, and a variety of attempts at intimidation. These challenges arise even during times of relative peace. With this threat, UXO and IEDs will reduce the commander's combat power and national political, economic, military, and informational power during OOTW. Because of this threat, commanders at all levels must incorporate EOD support into their planning process. This will ensure commanders will be able to respond to these worldwide strategic challenges across a full range of operations as part of a joint team. The continuing development of foreign and US high-technology munitions that disperse numerous submunitions and area denial ordnance has led to the proliferation of UXO. These munitions are available for a range of weapon systems, including artillery, ballistic and cruise missiles, rockets, and bombs. On the battlefield, UXO can be conventional HE; chemical, biological, or nuclear ordnance; or IEDs. UXO limits battlefield mobility, denies the use of critical assets, and threatens to injure or kill soldiers at levels unprecedented in past wars. The vast amounts of UXO found in Iraq and Kuwait during and after Operation Desert Storm testify to the increased proliferation. All units in the Army must be able to cope with UXO on the battlefield. This calls for awareness training for all soldiers and for procedures that limit the effects of UXO on operations." The manual includes material on nuclear, biological, and chemical operations.

As a bonus, this reproduction includes FM-1, The Army Field Manual, a capstone manual containing the vision for the Army - sold separately for $5.99. FM 1 establishes the fundamental principles for employing Landpower. The most important of these are the Army's operational concept and the fundamentals that support it. They form the foundation for all Army doctrine. All Soldiers should understand and internalize them. FM 1 describes the American profession of arms, the Army's place in it, and what it means to be a professional Soldier.